A Green Infrastructure Tour of the Courtenay River

The K’omoks Estuary is a special place in the Comox Valley in British Columbia.  Majestic Sitka spruce forests, Garry oak ecosystems and extensive tidal flats are home to a variety of birds, fish and other wildlife.  The area has a rich Indigenous history, most notably an abundance of well-preserved wooden stakes that make up ancient fish traps used by aboriginal communities for over 1,000 years.

Project Watershed has been active in the Comox Valley since the early 1990’s, and have prioritized the protection and restoration of the K’omoks Estuary, including notable sites like the Kus-Kus-Sum estuary and Courtenay Air Park lagoon.  They are working to increase green floodplain infrastructure in the region to address flooding and rainwater management by increasing flood resilience, infiltration and ecosystem health.

The communities in the Comox Valley are highly attuned to the importance of environmental protection and many of the area’s municipal and provincial politicians are supportive.  But an increased influx of new residents from nearby Vancouver and Victoria means 40% of the community has lived in the area for less than five years, and there is work to be done to raise the profile of local environmental challenges.

Project Watershed has been working to develop an overall green infrastructure vision for the Valley to address challenges such as flooding and rainwater management. They determined that the well-known and beloved Kus-Kus-Sum estuary, alongside other popular local parks and greenspaces, would make great demonstration sites to showcase the importance of green infrastructure in the valley.

Kus-kus-sum is an ancient burial site that was industrialized with the construction of a sawmill site in the later half of the 20th century. The site now sits with concrete, metal walls along the riverside, and an asbestos filled building on site. Project Watershed, in partnership with the local K’omoks First Nation and the City of Courtenay, have a Memorandum of Understanding to purchase and restore the land to its ancestral existence.

Funding from all levels of government and support from the community are necessary in order to achieve the purchase and restoration price tag of 6.5 million dollars.

They hosted a tour of six local sites, with the participants being invited to tour on foot or by kayak.  Local speakers and volunteers were engaged to lead the tours and share information about each location, and its potential to contribute to a green infrastructure floodplain.

With a goal of spreading the message of the value of green infrastructure far and wide, Project Watershed invited local decision makers of all political stripes, including the mayors and councillors of three area municipalities, school trustees, regional government officials, two MLA’s, two MP’s, and First Nations communities.

They deliberately kept the tour groups small to ensure a low ratio of volunteers speakers to participants.  Lots of personal time for participants meant they really heard and absorbed the messages the speakers were sharing.

The group got a lot of positive feedback from tour participants, and many volunteer speakers indicated they felt strongly that they had a positive influence on their audience.  Local councillors said they had gotten in-depth and practical information that would help them in their future planning in the Valley. Building relationships between the host organization and the areas decision-makers was an added bonus of the event that will contribute to the success of green infrastructure planning in the region. 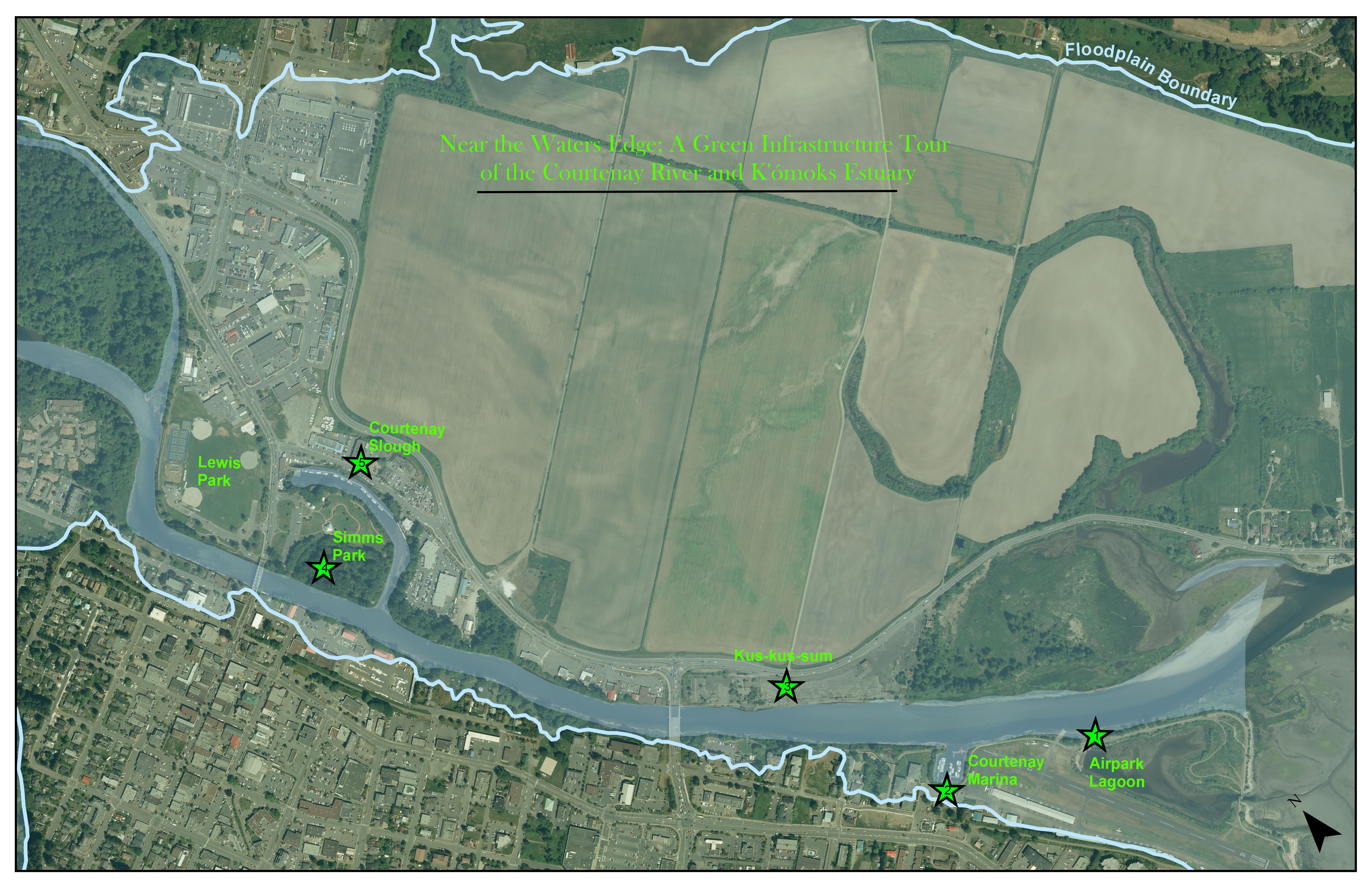 Since scheduling is always a challenge for busy mayors and councillors, the event organizers opted to create laminated maps with speaking notes that could be shared beyond the event.  A compelling video was also created showing footage of the walking tour and kayak trip, with a concise but informative narrative about the value of green infrastructure and the potential of local sites.